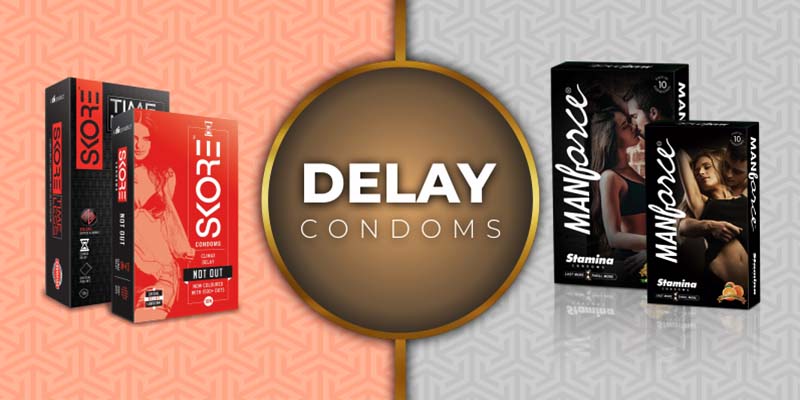 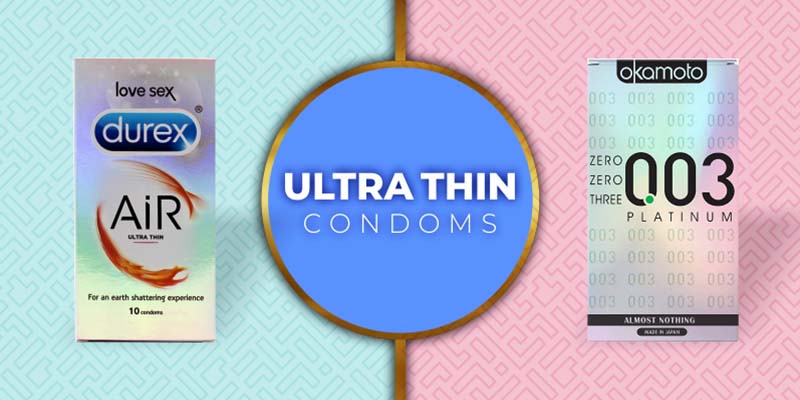 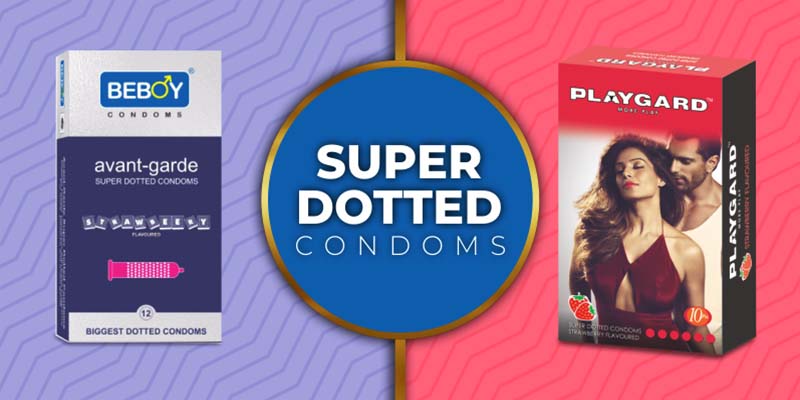 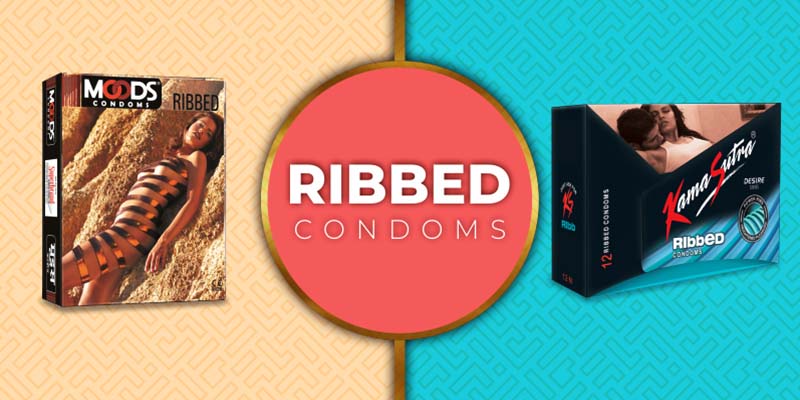 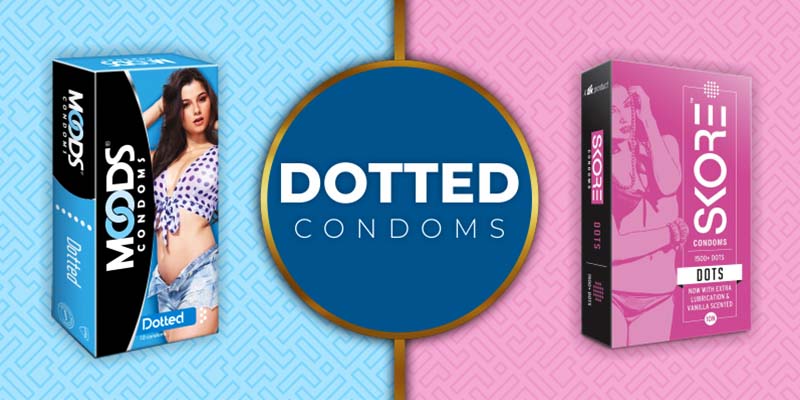 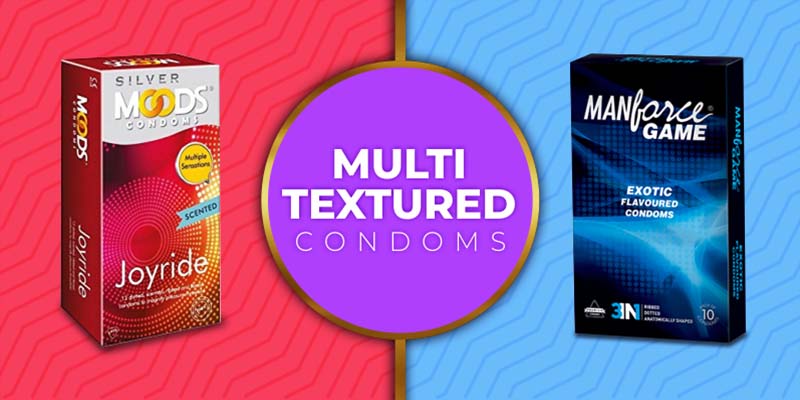 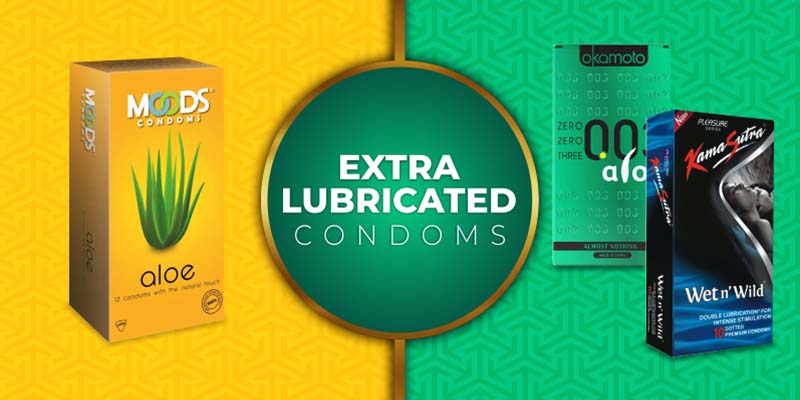 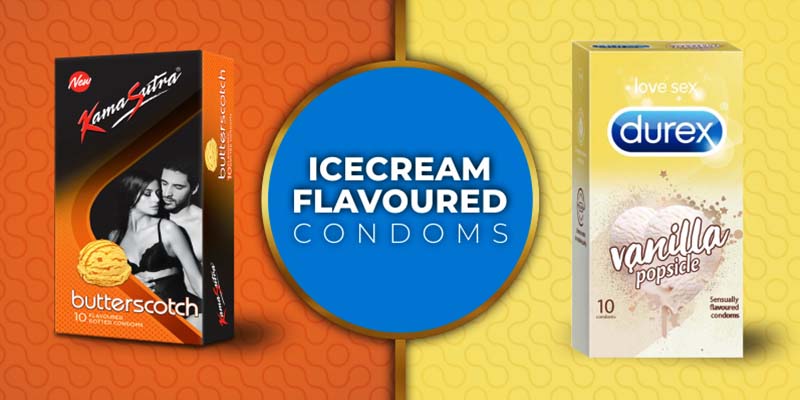 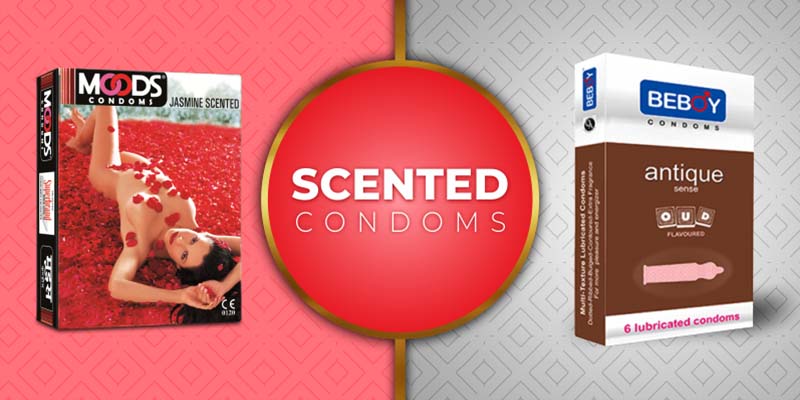 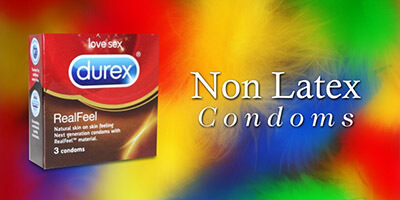 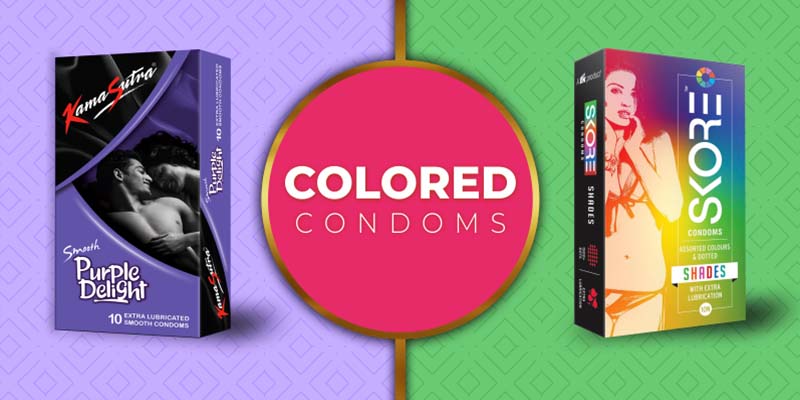 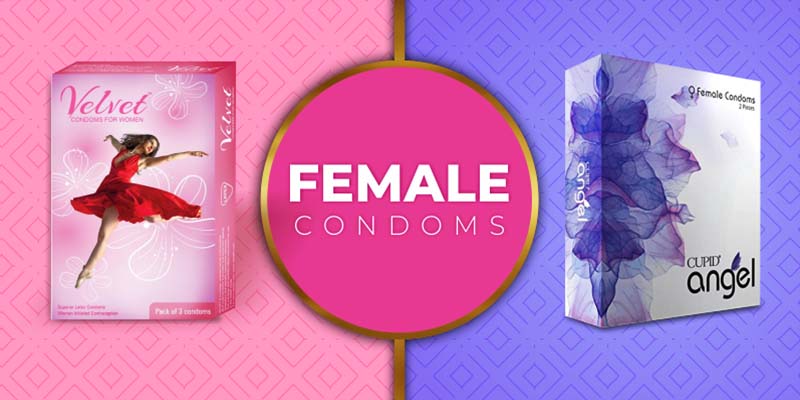 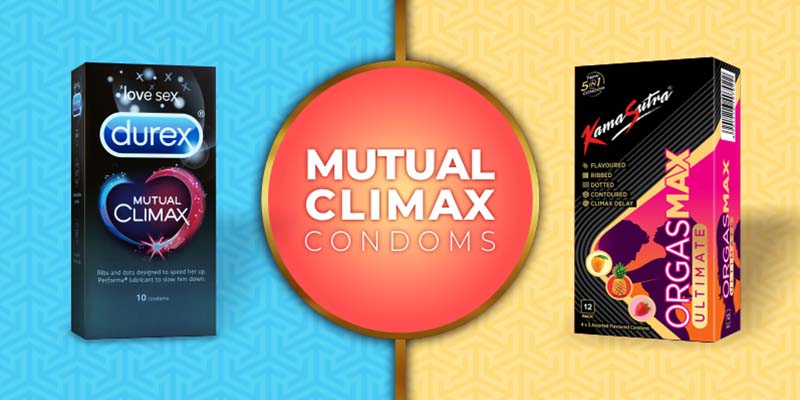 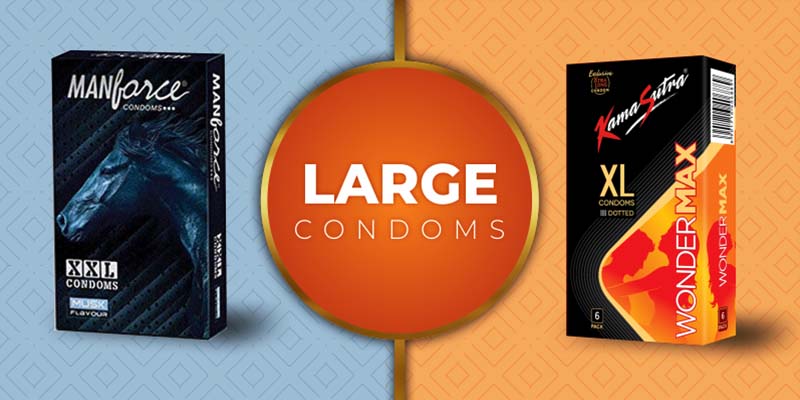 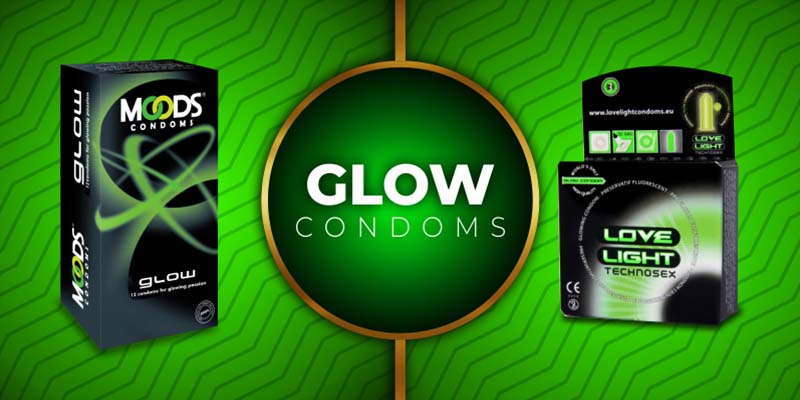 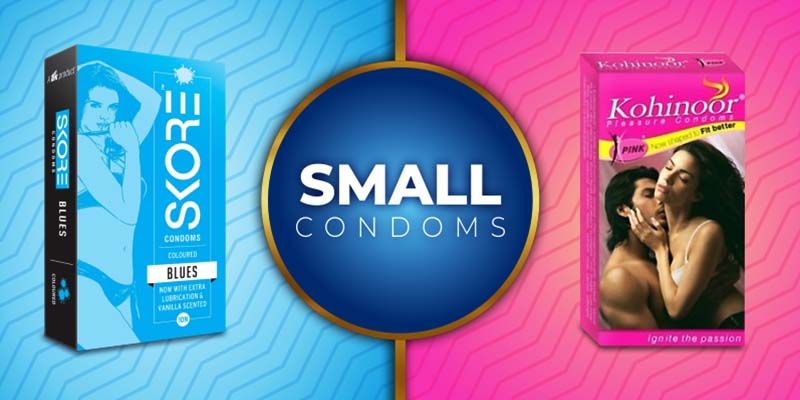 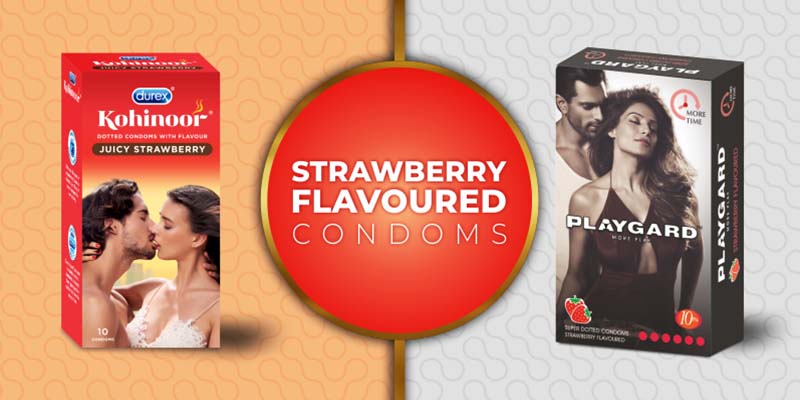 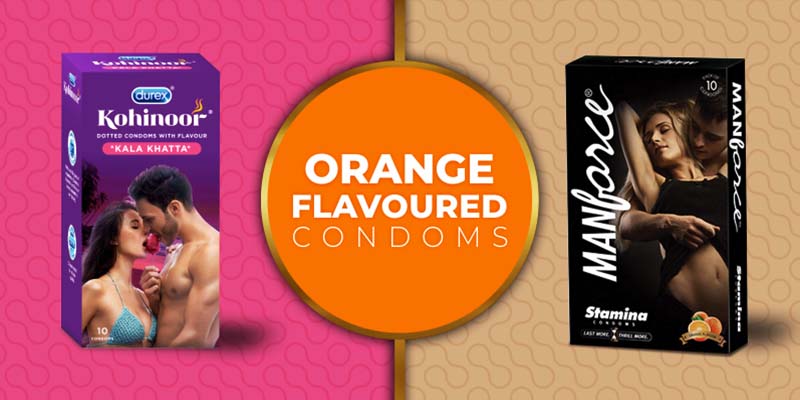 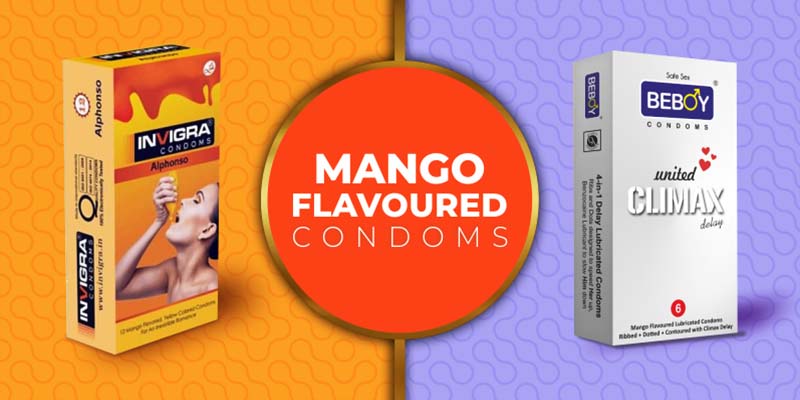 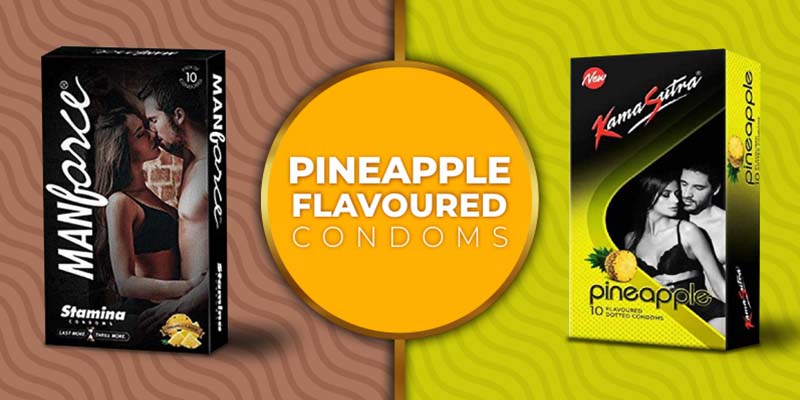 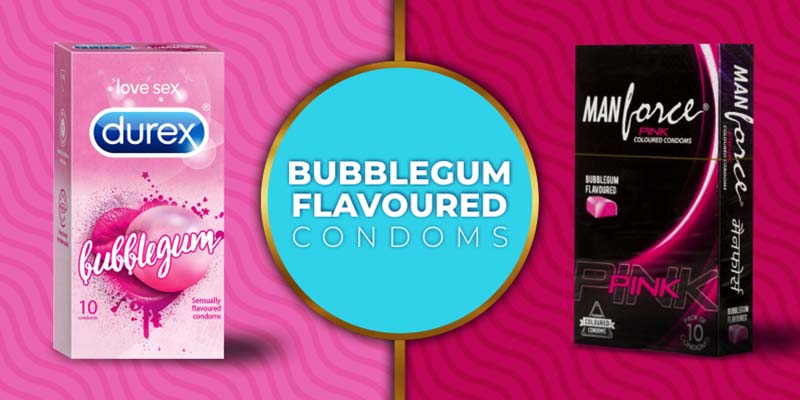 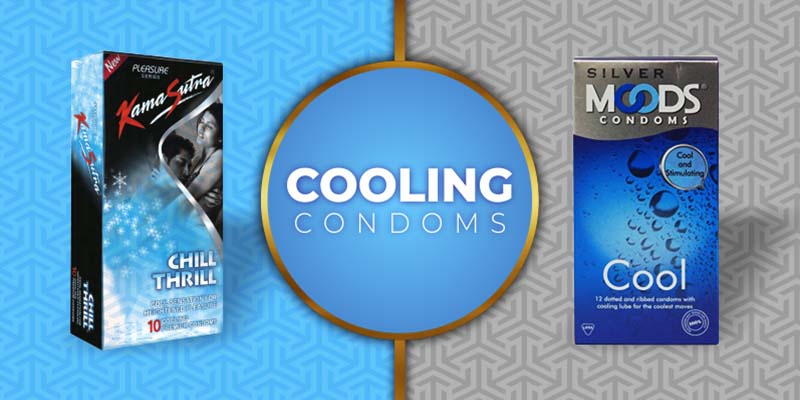 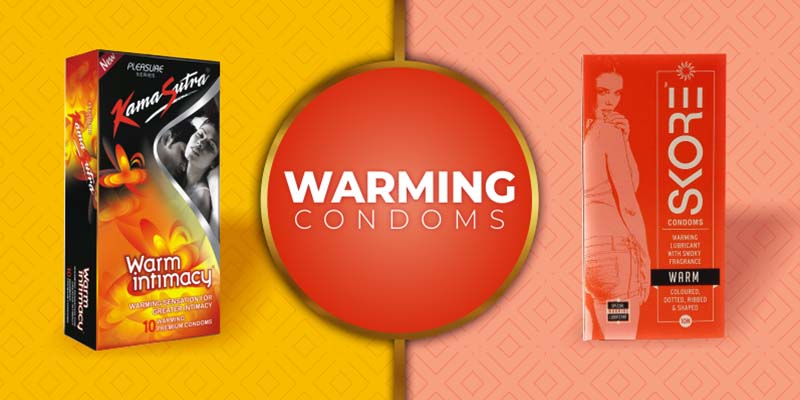 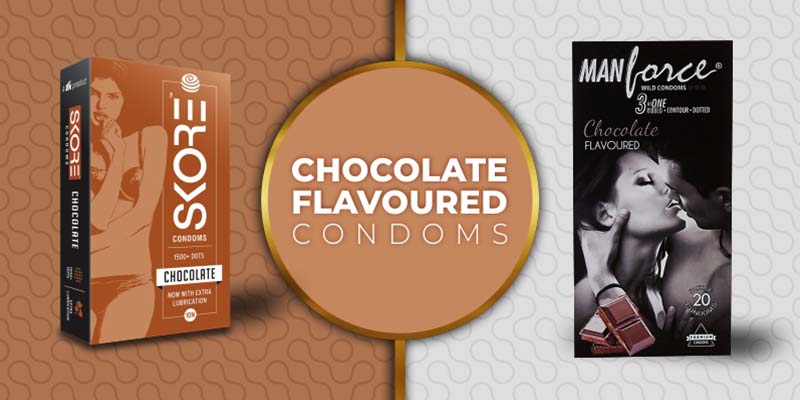 If you think that condoms are meant just for giving you protection from unwanted pregnancies and sexually transmitted diseases, you are wrong. Condoms come in various forms, types, and sizes that one can literally use condoms to experience enhanced pleasure during sexual intercourse.

You can make your partner enjoy quivering pleasure and exploding orgasm with ribbed, dotted and multi-textured condoms. Condoms can do a lot more than just offer you protection.

Delay condoms, as the name suggest, help men to prolong the love making session by delaying the ejaculation to an extent. Delay condoms often contain a gel or cream with Benzocaine, a chemical that is known for its desensitizing properties. When the man's penis comes into contact with Benzocaine, it will reduce the sensation for few minutes allowing the man to last few minutes longer.

For those with premature ejaculation problem, Delay condoms can delight her to a great extent as she can enjoy vaginal penetration even for a longer duration than the normal duration.

Mutual condoms come with dots and ribs and are coated with delay Lubricant, Benzocain. While the dots and ribs allow you to stimulate her vaginal walls and give her quivering arousal, the delay coating allows you to perform longer and last till your partner explodes in pleasure. This allows couples to last till their orgasm and experience that big 'O' together.

Nothing can make your sex better than experiencing mutual climax. It is an amazing feeling that can only be experienced. Words are not enough to explain it.

Super thin is a variant that helps couples enjoy very close to natural (condom-free) sex. For few women 'rubber' becomes a complete turn off. Super thin condoms are created for couples to enjoy the sensual feeling, yet indulge in sex happily without having to worry about pregnancy.

Super thin is absolutely safe to use and offers uncompromising protection and satisfaction to couples. Super thin should not be mistaken as prone to tear off easily during intercourse. It is as strong and as stable as other variants.

Super dotted condoms help partners achieve better friction, firmer rubbing experience and thus achieve great stimulation and enjoyment for the receiving partner. Her highly sensual reaction can enhance his arousal to dizzy heights making it an amazing experience for both of them.

You get exclusive ribbed and dotted condoms. Multi textured condoms have a combination of both ribs and dots to give the users experience extra pleasure during the love making.

Ribbed condoms come with circular ribs on the outer surface running along the length of the condom. The ribs are tiny projections that are designed to stimulate her and add great sensation during the intercourse. The ribs are soft, yet rigid enough to stimulate both the partners.

The friction created due to the ribs is sure to make her quiver in pleasure. When the tiny projections of the rib rub against the pleasure points in the soft tissues of her vagina, she will feel heightened stimulation as you move your organ inside out. Ribbed condoms can provide excitement to both the partners as the spiral ribbing on the outer surface is for her to feel added stimulation, while the ribbing below the head will excite you to a great extent.

The rows and rows of raised ribs, while rubbing against the skin during the intercourse will help you both experience unbelievable pleasure.

Latex is the commonly used material for making most of the condoms worldwide. However, few men and women are allergic to latex condoms. Non-latex condoms were initially made using a material called Polyurethane and now it is being made using Polyisoprene.

The interesting aspect of Polyisoprene is that it can pass the body heat better so that the perfect sensation of intimacy is transmitted between the couple. Currently non-latex condoms are available in Durex and Kamasutra in India.

The dotted condoms are a perfect weapon when you want to arouse the fire and get blissful experience during your love making next time. When she experiences dotted condom once, she is likely to insist for it every time after that.

Scented condoms are those which come in significant and strong fragrances to bring down the natural odour of latex, which is disliked by women world over. Needless to say, scented condoms can help women indulge in oral sex without having to worry about the latex odour.

The sensation that scented condom creates is very special and cannot be explained unless one experiences it. It can set the mood for a sensual sex even when the condom pack is opened.

Cooling condoms are climax delay condoms in essence as the cooling sensation makes your organ go slightly numb for a while allowing you to indulge in longer than usual penetrative sex. When someone's body emits excessive heat during sex, the sperms get released quicker. There is a connection between the body temperature and ejaculation.

So, the cooling condoms can help you stay longer than your usual time and allow her to experience multiple orgasm, which may not be possible under normal circumstances.

Warming condoms are made using thinner latex allowing couples to enjoy heightened sensation. The gentle, warm sensation generated as a result of penetrative sex can lead to enhanced pleasure for both partners involved. Warming condoms are lubricated with a special warming lubricant that gets activated during physical contact.

The lubricant mildly warms due to natural body moisture and gets heated up during sexual intercourse and provides a new sensation for both partners. The mild warmth generated at the genitals can increase intimacy and bring a new and never-before sensation under the sheets.

Coloured condoms are meant to make your love making exciting and vibrant with different shades of condoms. You can choose from the wide range of colours to suit your mood and/or the colour that can drive her wild. The range of colours that are available include midnight black, which is a shade opposite to standard natural latex condoms. Midnight black can add a great level of charm and excitement to your session.

As the name suggests Extra Lubricated condoms are meant to make your love making all the more comfortable and pleasurable. The extra lubrication will ease the to-and-fro movement of your shaft onto her vagina. It becomes all the more smooth and exciting when you do it with extra lubricated condom. There is no charm in dry sex. Nobody wants to have sex when it is dry.

Extra lube can make the whole act all the more comfortable and pleasurable. These condoms come with extra natural lubricants smeared on it to make your moves silky smooth and comfortable. The wet and moist vaginal lines will feel better when you insert your organ with an extra lube condom on it. Extra lubricated condoms are proven to give more sensation and pleasure to both the partners.

These condoms are ideal for people who are allergic to latex or sensitive to latex. It is also for those who are used to highly sensual sex.

Female condoms are in vogue now and it is freely available at drug stores across the country. Women love to have it as it gives them better control over the entire proceedings. She is sure about protection and she controls it completely.

Glow condom is the latest innovation in the global condom industry. Borne out of a breakthrough scientific research glow condoms are made using phosphorus pigments, which are layered between two thin layers of latex.

With a unique combination of fun and protection, glow condoms can make your love making session a memorable one.