For some, it’s about the journey and for others it’s about the destination. But when it comes to sex, we believe in making every moment count. Indulge in all new levels of arousal with foreplay and let the tension build up. Trust us and play more.

Get ready to spice up your sex life with Playgard’s assorted range of lubricated condoms. Playgard Condoms are the new age condoms designed for pleasure coupled with MORE pleasure. In keeping with the mission to amplify pleasure during sex, Playgard is introducing in India for the first time ever, Super Dotted Condoms with 50% Bigger Dots! Playgard’s Super Dots are raised higher by 50% and provide extra stimulation to the ladies, exciting them in unmentionable ways!

A strong grip, strategically placed bumps and dots bigger than ever before make Playgard SuperDotted condoms an absolute power tool in bed! The rugged surface adds friction and engages various spots between the partners. Playgard Super Dotted condoms are available in four delightful flavors: orange, butter scotch, strawberry and chocolate, making the love making even more delicious. Move over Dotted condoms, the latest and hottest in condom engineering is out and with a moan!

And for men who prefer slim yet safe protection, Playgard Ultra-Thin is definitely the right choice. Banana flavored Ultra-Thin Condoms provide solid protection and give maximum sensation to the men. In fact they’re so thin; one can barely tell they have it on! These lubricated ultra-thin condoms come in extremely handy for all hot love making sessions.

Playgard’s Ice Mint Multi Textured condoms come with both ribbed and dotted surface proving to be exciting stimulants for both the partners. These condoms provide a variety in texture to enhance the sexual experience.

With Playgard’s Super Dotted Condoms, experience heightened intimacy and spicier sex life. Playgard Condoms are packaged to provide for a super easy experience. An easy to tear wrapper so that there isn’t a moment’s delay in removing the condom ensure that there is no break in rhythm. Playgard condoms also come with a disposal pouch for each condom to help you discreetly discard the condoms after use without any hassles.

For the first time in India, Playgard is introducing Super Dotted Condoms. Just like dotted condoms, Super Dotted condoms have an interesting texture of evenly spread bumps. Except, with Super Dotted Condoms, these strategically placed dots are now 50% Bigger! So basically, at the time of intercourse, these super dots cause just the right amount of friction at the various contact points causing enhanced sensations for both the partners.

Super dotted condoms are available in four exciting flavors- butterscotch, chocolate, orange and strawberry and with them, each time feels different and only better!

And obviously when sex becomes as steamy as it does with Super Dots, one would desire to last longer. Playgard More Time not only claims to delay your climax but also promises to heighten it! Available in Chocolate and strawberry, Playgard More Time Super Dotted Condoms are a must have for special nights.

And if you want to be a little more experimental and try a fusion of textures, Playgard Multi Textured Condoms give just the right combination of ribbed and dotted. This combination works wonders and spares you from having to pick one of the two exciting textures.

A lot of men prefer slim condoms for increased sensation. Playgard Ultra-Thin Condoms are just for those seeking the (almost) bare feeling during sex. It’s so thin it’s almost as though it’s not even there.

There’s a lot more that we could say about Playgard Condoms, but why not just try and know for yourself!

Put on your best guard to play it better!

The proper efficient condoms which we use today were invented in the 19th century. Since then, the world has seen many variations of condoms.

A unique innovation is the Super Dotted Condom. It’s not your regular dotted condom with infinite dots. This one has bigger dots than usual, for an enhanced, out-of-the-world experience.

Yes girls and guys, super dots are in! These are 50% bigger than regular dots, so when the condom is used, it’s not just a condom, it’s an experience. 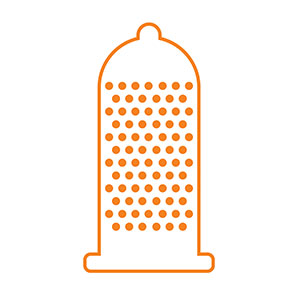 This leads to better confidence for both of you in your love making. It will augment you in experimenting and exploring different positions, in general spicing things up.

Width of regular condom is 1mm and for super dotted, it is 1.5-2mm.

So, with Playgard super dotted condoms, bring that extra fun to the bedroom. We have strategically designed these spots to add extraaa pleasure so that you give her more! 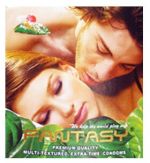 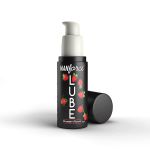 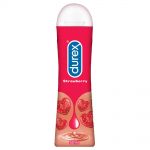