All about Carex Condoms

Carex is a well-known condom brand in the world condom market today. The company Karex Berhad was started as a family business, soon grown to become the largest condom manufacturer in the world producing 6 billion condoms per year. What started as a small unit with an annual production capacity of 60 million soon turned out to become largest producer of condoms with 3 manufacturing units and 2000 employees involved in condom production.

Carex has necessary licenses, certifications and accreditations to be able to export the condoms to more than 110 countries across Africa, Asia, America and Europe. The quality of Carex is such that I is able to pass through stringent and diverse regulatory requirements of various regions across the world. Besides manufacturing condoms, the company also manufactures and exports lubricating jelly and other medical devices such as catheters and probe covers.

Carex's product range consists of condoms such as Collection, Powershot, Assorted Flavour, Gold, Super thin, 3-in-1, Rough and Tough. You get wide variety of condoms for your various needs. When you want to drill your partner and have a wild sex, you can choose power shot and rough and tough variant. Super thin is to get that natural feeling of having sex without rubber. This is for those who prefer to have very intimate encounters.

For those who are keen about exciting oral sex, you get a range of 5 assorted flavours from Carex and this can help couples have memorable foreplay. 3-in-1 is an exciting variant, where it comes with dotted body, ribbed top and contoured shape. This amazing combo is rare to find and not many brands in the condom world can boast of having such a wonderful product. The pleasure also is sure to triple when the couple uses 3-in-1 condom.

Rough and Tough is the variant that comes with enlarged studded dots which is sure to give heightened sensation when the dots rubs against the soft walls of her vagina while you move inside out. The dots can arouse her and allow her to experience unbelievable sex, which, she can only fantasize otherwise.

Carex condoms are specially made to allow both partners to enjoy sex for an extended time. The condoms are being exported to many countries in Middle East and India. The company is currently on an expansion plan and is planning to enhance the production capacity from 4 billion pieces a year to 6 billion year by the end of 2015. Currently electronic testing and foiling operations are carried out separately. The company is keen to integrate all these into the single machinery so that the production gets completely automated without needing human intervention and thus can be free from contamination or manual errors while handling. And thus the company can have operational efficiency and higher productivity 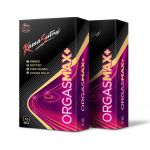