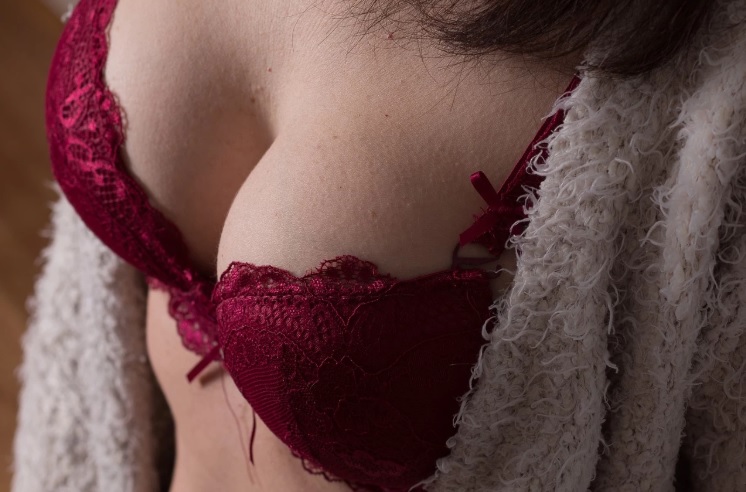 Good news for those who want to try alternate ways to make their girl friend achieve orgasm, other than known vaginal or clitoral orgasms.

For those who can't believe, Boobgasm or breast induced orgasm is real and it is proven to happen. It is reported in Journal of Sexual Medicine and scientists have proven its legitimacy using MRIscanning.

Similar to direct stimulation of the clitoris and vagina, nipple stimulation can also give orgasmic releases to women when it is done in certain ways. Let us see how this happens in reality.

Nipple is one of the most erroneous zones of a woman's body. Clitoris, cervix and vagina send nerve impulses to the same area in the medial paracentral lobule of the brain. ... So the nipple stimulation triggers uterine contractions, which then produce a sensation in the genital area of the brain, leading to Boobgasm.

Experts recommend that nipple should be treated like clitoris to help your woman achieve boobgasm. Avoid squeezing it or nibbling it hard. You need to tease the area by starting off slowly and gently caressing the side-boob and armpit portion. Instead of dry rubbing the nipple, it is better to use moisture.

Blowing a stream of breath onto a wet nipple can also be very exciting for her and can cause clitoral contractions.  You can try lightly tapping it before giving it a tender nibble.

When blood flows to a specific area of the body during sexual activity, the result is the color of this body part turns into a darker shade of pink or red compared to its normal appearence. Nipples are no exception to this rule. When stimulated, the nipples take on a darker, redder shade.

This color change can be a visual confirmation that your partner is in the quest for a boobgasm, because it is a clear indication that they are receiving the right level of touching and it actually arouses her greatly.

Boobgasms are more likely to occur in women who have natural breasts. Those with surgically enhanced breasts cannot experience boobgasm as loss or diminution of sensation can happen after any type of surgery due to the unpredictable nature of nerve endings. Some women claim to have partial numbness of both nipples after an enlargement or reduction, while some women can feel one nipple and not the other.

Conversely, some women with nipple piercings report increased sensitivity to nipple play and can even have clitoral stirrings when they clean their breasts or change their jewelry.

In general, nipple piercing is not recommended as on an average it can take 12 months for a nipple to fully heal post the piercing and there's always potential for the open wounds to get infected.

Bodily fluids can also seep through unhealed nipple piercings leading to mild pain and discomfort.  Avoid suckling on any unhealed, modified nipples (due to surgery or piercing).

If you feel you must get the nipples wet to achieve boobgasm, use a water-based, hypoallergenic lubricant as a saliva substitute. You may also use a dental dam for additional protection against infection and other STDs if you want to participate in boobgasm with an unhealed nipple.

Be Wary of Sensitivity during Menstrual Cycle

During menstruation women feel increased sensitivity in their breasts and the breasts will also look swelled. When breasts are stroked during menstrual time, care should be taken not to be too harsh or tweak the nipple beyond a point as it might be very painful for women during such time.

So, you have to be sensitive to her physical condition and make sure you don’t try too much on her boobs during periods which will make boobgasm a failed one with lot of discomfort and pain for her. So, you should not try boobgasm during those sensitive days of the month.