Things You Should Avoid Doing to Your Condoms 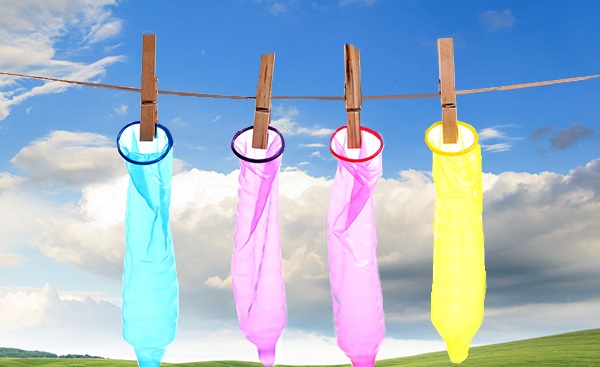 Condoms are a great gift to your sex life. It gives you protection and allows you to enjoy sexual pleasure without any hassle. It protects you from unwanted pregnancies and keeps you away from painful experiences and long treatments for STDs. Condoms can take good care of you only when you take good care of them. You just need to be aware of the following DON’T’S.

Never Store Condoms in Your Car

You would have experienced burning sensation in your buttocks after a long drive with just your shorts. You know your seat gets heated up after sometime. Imagine what such an extreme heat could do to your condoms. Never keep your rubbers in your car for a longer time. It is ok if you keep it while bringing it from the medical store. But store it in your room, never leave it in your car. Keeping condoms in your car can make it fragile and it will increases the chances of breaking during sexual activity and thus there is an increased chance of you acquiring STDs / STIs.

Not having sex for a long time

You might have a divorce or go through a dry spell due to a break up. Keeping condoms for a longer time without using it can weaken the condoms. Typically you would have bought condoms thinking to have good time with your girlfriend. She would have broken up with you the same day, and you would have lead a sexless life for a year or two. Suddenly you get an opportunity to bang and that time, you might jump to use the condom which is lying in your drawer for over two years. It is not advisable to use that condom, even if it is within the expiration date. Rubber can become old and with time, its ability to give protection also diminishes. Thus, you stand a risk of unwanted pregnancy or infections. So, it is better to buy a new condom, in such cases. Never use a condom bought before a long time.

There is no need to mention it. But there are still few people consider reusing condoms by washing and some people are actually reusing condoms without any common sense. Even after reminding several hundred times that CONDOMS SHOULD NEVER BE REUSED, there are still many people reuse condom. There are few people who are either ignorant or few others who are brainless. Some people reuse condoms claiming that they haven’t ejaculated.

Washing also can weaken the latex and thus make it vulnerable to breaking during the second use. You could land up in trouble if you use the condom second time, as there is no guarantee to the effectiveness of the condom.