How effectively can condoms protect your private parts? 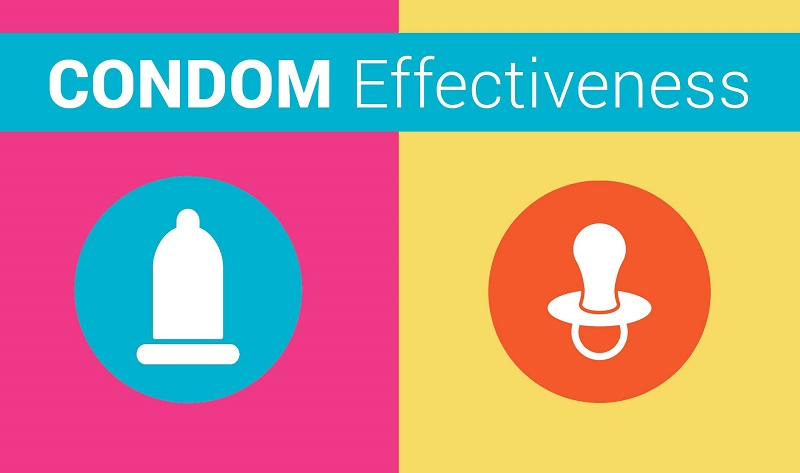 Condom is one of the recent inventions that has global impact. It changed the way people look at sex and it has helped crores and crores of people across the world to resort to safer sex and safeguard themselves from unwanted pregnancies. You have birth control pills and scores of other devices that are effective only in birth control, but they cannot give any sort of protection from sexually transmitted infections and diseases. But condom can give both. Users can get protection from unwanted pregnancies and at the same time complete protection from STIs / STDs.

You would have heard about stories of getting pregnant even after using condoms, here and there. Yes, there is a possibility and this can happen very rarely. Research has proven that condom is 98.2% effective. So, if you can use condoms regularly without fail, then there is very little chance for conception. There is also a possibility that the user might not have handled condoms properly or there could be problems in the way it is stored. For all practical reasons, error due to condoms are very remote and it very rarely happens.

Condom error is very less because each condom goes through a series of testing before hitting the market. Condom tear happens due to various reasons. Using wrong size and opening the wrapper with sharp objects or teeth could also be one of the reasons for condom tear. So, it should be noted that condoms are trustworthy and can give uncompromising protection at all times, only when you use it properly.

Allergic Reactions Due to Condom Use

No one can say that condoms can give 100% protection from infections.

Correct and consistent use of latex condoms can reduce the risk of genital herpes, syphilis, and chancroid only when the infected area or site of potential exposure is protected. While the effect of condoms in preventing human papillomavirus infection is unknown, condom use has been associated with a lower rate of cervical cancer, an HPV-associated disease.

For the record, the female condom covers the vulva more than male condoms, so it is currently being studied to see if it provides better protection against infections like Herpes and HPV.

Anyone who wants to have absolutely NO risk of sexually transmitted infections, should

-          Obstain from kind of sex with least possibility of transmission of infections.

You should also know that most infections, so long as they are quickly diagnosed and quickly and effectively treated, do not pose giant health risks to most people. It is the instilled fear about infections that has been ingrained in the minds of people makes things scary. But with timely and proper treatment, infections can be cured.

We cannot conclude that a condom can eliminate the risk of sexually transmitted infections. There is always a chance, when you don’t know proper use of condoms. As infections are more of a medical issue and has a lot to do with your attitude towards using condom. However, using condoms is one of the safest way to stay away from infections when you happen to have sex with a potentially affected partner.

Condom effectiveness varies from time to time, depending on the quality and consistency of your use during sexual activity. In most of the cases, it is not the condom that fails and in most occasions it is men and women who fail due to anxiety, carelessness or due to the rush of hormones that they tend to ignore proper use of condoms.

Inexpensive, easy-to-use and available without a medical prescription, condoms are the no-brainer choice if you are a sexually active person and wanted to safeguard your private parts.

Condoms do more than just prevent the baby-on-board bit. They keep your private parts untainted, keep us stay away from infections and that’s something that we all want.